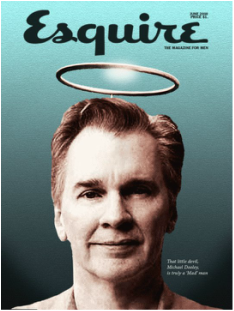 Michael Dooley is the principal of MichaelDooley Design+Writing and graphic design history instructor at Art Center College of Design, Loyola Marymount University, and UCLA. As a lecturer he has spoken at the UCLA Hammer Museum, the Los Angeles Museum of Contemporary Art, and the California Institute of the Arts (CalArts).

His books include: "The Education of a Comics Artist" and "Teaching Motion Design," both published by Allworth Press.

His feature articles, personality profiles, essays, and reviews on art and design appear in a number of books including "Graphic Design History;" "Sex Appeal: the Art of Allure in Graphic and Advertising Design;" "Design Humor: the Art of Graphic Wit," "Citizen Designer: Perspectives on Design Responsibility;" #1 and #5 of "Looking Closer: Critical Writings on Graphic Design;" and "Emigre No. 70: the Look BAck Issue."

Michael's photography is included in "The Graphic Eye: Photographs by International Graphic Designers" and his design appears in "The Word It Book: Speak Up Presents a Gallery of Interpreted Words." 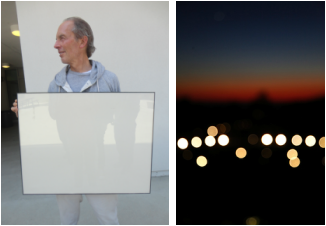 Rudi Bianchi Studied at Università Bocconi  Native to Italy and avid soccer player and coach, Rudi is a longtime photography collector and expert on contemporary photography.

On a weekly basis, for most of our school year, Rudi has made the trek from his home in Pacific Pallisades to HAAT in East LA to mentor our students. He has led many whole group, small group, and individual photo critiques.

He has become a powerful mentor to a large number of our photo students, and has shown great dedication to them.

Prior to establishing ASH Photography in Santa Monica, CA, Alice served as a      staff photographer for The NBC Network for 12 years. While at NBC, she worked with a Who’s Who of Hollywood, creating concepts and images for diversified advertising, publicity and promotion campaigns. She also traveled extensively for location coverage of movies and mini-series, shooting in such far off places as Russia, Thailand, Mexico, Australia, and throughout the U.S.

As a freelance photographer Alice shot editorial content for such magazinesas Time, TV Guide, Los Angeles, and New West. She also contributed a regular column to The Los Angeles Times Magazine devoted to animals (you have to appreciate a three-legged sheep!)

After graduating from the Art Center College of Design in Pasadena, Alice worked with many of the top art directors in the record industry and was commissioned to shoot portraits and abstract concepts for such record companies as A&M, Capitol, and MCA among others.

Karen Farrah Oswald is a Los Angeles photographer who works primarily in fashion photography. She was trained at the Maryland Institute College of Art and the photography program at East Los Angeles College. 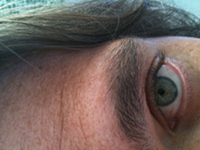 Chris Barbour is from a small town in southern Virginia. Growing up in a small town he spent most of his time daydreaming the escape, expecting life outside to be more. He felt so few freedoms when he grow up with so many eyes on him. Upon leaving, he often craved the simplicity and innocence he experienced while living there.

Attending Virginia Tech, he decided to study film, theater and English, expanding his worldview and whetting his appetite for the arts. Drawn to the film business, he worked on many high profile projects while living in Baltimore and eventually, made his way west to Los Angeles. In 2002, after too much business and not enough art, his reality shifted. The art and photography worlds had taken over his creative life. He left the film business, realizing my world was more suited for one frame at a time.

Chris is self-taught. He watched and felt images all his life. He is of the “TV baby” generation, and though he played in the creeks and woods as a child, his vision is born from the confluence of these childhood memories with the architecture, art, cinema, design and music that he surrounded himself with as an adult. Some days he misses that small town, the simplicity, and he still struggles with where he belongs. His work is about that search. 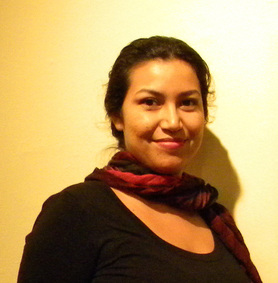 Diana Maria Felix (Photo student, Otis College of Art and Design)  Raised and schooled in East LA, Diana is working at HAAT as a paid Intern for Otis's "Artist, Community and Teaching" (ACT) porgram. This is Mrs. Dooley's 3rd year of being selected to serve as an ACT mentor teacher.  In those duties, she directs, oversees and evaluates Diana's projects as she works with our HAAT students. Diana has helped curate two re-installations of our Getty Photoworks show, and assisted on several other important projects including photography portfolio reviews and on-on-one mentorships.
Diana was also a group leader during our daylong community photo workshop. She directed her group on street photography strategies like shooting from the hip which worked out perfectly when the students photographed an arrest of two young teens nearby to them in an East LA park. 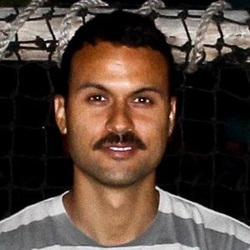 Eric Ibarra (founder of Los Fotos Project)
was a group leader during our daylong community photo workshop. Eric took his group on the Metro and directed them around various downtown neighborhoods. 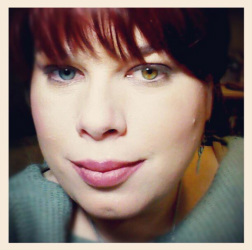 Kelly Ness (Photo student, Long Beach City College)  Kelly was a group leader during a daylong community photo workshop. She took her group to document Whittier Boulevard, and kismet was with them as they happened upon and were invited into a private photo shoot of the Spanish Baroque Golden Gate Theater. That historic, architecturally significant movie theater is in the middle of a preservation battle between developers looking to turn it into a CVS and local activists. 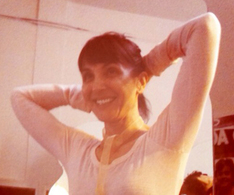 Jessica Shokrian is a photographer and video artist. She was also a group leader during during a daylong community photo workshop. Jessica directed her group via the Metro to the "Occupy LA" section of downtown LA and other nearby neighborhoods. 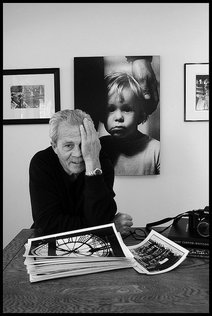 John Free is a social documentary/street photographer who lives in Los Angeles. His photographic essays range from railroad tramps in California to automobile abstracts to London and Paris street life.His “End of the line” project took place in the Los Angeles freight yards, where he photographed railroad “Tramps” daily for ten years.

John has been inspiring to photographers of all ages and skill levels for many years through teaching sold-out classes and workshops in street photography in Los Angeles, New York, Paris and London. Part stand-up and part evangelist, he speaks from the heart to inspire new generations of photographers.
John’s work has been featured in numerous publications from U.S. News and World Report and Newsweek to Photographic Magazine to Smithsonian. 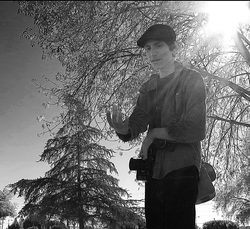 Deeno de Santiago is a photographer who lives in Los Angeles. He began his studies with our Media Arts teacher, Ms. Dooley, while attending Bell High. When Mrs. Dooley brought in a visiting artist, John Free, for a workshop, Deeno began working with and eventually for John as he conducts his street photography workshops all over the world. Deeno has traveled to New York, London, Paris and India instructing photography.

A favorite quote of his: " Photography has not changed since its origin except in its technical aspects, which for me are not important." – Henri Cartier-Bresson

Susan Simpson is the Artist-in Residence for HAAT's photo mural project with the Huntington. Susan is an experimental theater artist, visual artist and filmmaker who lives and works in Los Angeles. Simpson’s work often involves intricate hand-made avatars and manipulated film and video projection. Her work has been presented at venues such as the HERE Art Center in New York, The Museum of Jurassic Technology, The Santa Monica Museum and Santa Barbara Forum for Contemporary Art. A solo exhibition of her visual art and video work was presented The Sheehan Gallery at Whitman College in 2009.

Simpson is the co-founder and co-director of Automata, a non-profit devoted to the presentation of puppet theater, experimental film and other neglected art forms. Under its auspices she founded and directed The Manual Archives, a micro-performance space devoted in Los Angeles for two and a half years.

Simpson is on the faculty at the California Institute of the Arts School of Theater. She has received grants from the Durfee Foundation, The California Community Foundation, Creative Capital, Multi-Arts Production Fund, and The Center for Cultural Innovation. 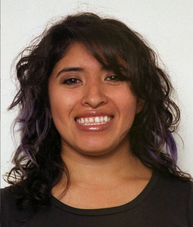 Cynthia Madrigal worked with our HAAT students during the fall semester of 2012 as an intern from Otis College of Art and Design.  She is a photography based artist and curator who lives and works in Los Angeles.  She received her Master in Fine Arts degree in photography from Claremont Graduate University and her Bachelor of Fine Arts degree in photography from California State University, Long Beach, and is currently studying toward a teaching credential at Otis.  Ms. Madrigal has exhibited her works with following artists, Quinton Bemiller, Anita Bunn and Bianca Kolonus-Partee.  She has curated with art/curator Chuck Feesago and has organized exhibition for artist Paul Soldner, Jim Leedy, Molly Schulps, Gerardo Monterrubio and Shane Keena. 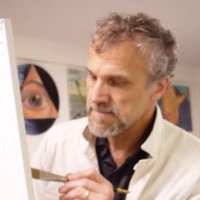 Steve Mills is a fine artist primarily in the media of painting, but he also works in the field of photography. He worked most of his professional life in the aerospace engineering field, recently retiring from a job as Senior Optical Engineer Northrop Grumman Aerospace Systems. He has  B.A. in Physics from U.C.L.A. and an M.A. in Optical Physics from  Cal State LA. 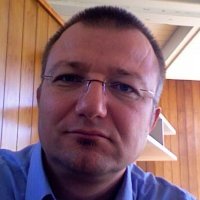 Andreas Sautter  is a photographer and website developer. Formerly the Vice President of Ofoto Europe/ Kodak Gallery, he has worked in many aspects of the photography field as it interfaces with the world wide web.

Alice Hall  is a  a staff photographer for The NBC Network for 12+ years. While at NBC, she worked with a Who’s Who of Hollywood, creating concepts and images for diversified advertising, publicity and promotion campaigns. She also traveled extensively for location coverage of movies and mini-series, shooting in such far off places as Russia, Thailand, Mexico, Australia, and throughout the U.S. As a freelance photographer Alice shot editorial content for such magazines as Time, TV Guide, Los Angeles, and New West. She also contributed a regular column to The Los Angeles Times Magazine devoted to animals (you have to appreciate a three-legged sheep!)

After graduating from the Art Center College of Design in Pasadena, Alice worked with many of the top art directors in the record industry and was commissioned to shoot portraits and abstract concepts for such record companies as A&M, Capitol, and MCA among others.